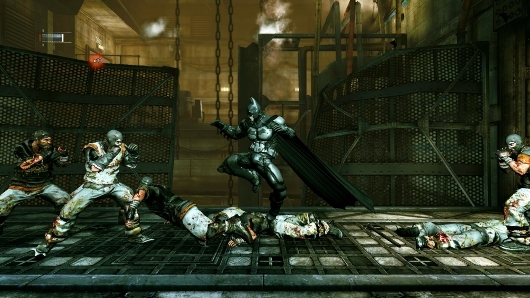 Batman Arkham Origins: Blackgate will receive a Deluxe Edition version on April 1, Warner Bros Interactive Entertainment announced today. The Deluxe Edition will launch digitally on PS3, Xbox 360, Wii U and PC via Steam after Blackgate was previously only available on Vita and 3DS. The transition to consoles and PC isn’t a total surprise: Blackgate was spotted on the Xbox Games Store earlier this month and on Steam in January.

Batman Arkham Origins: Blackgate Deluxe Edition will include “enhanced high-definition 2.5-D graphics” as well as a new map and hint system. Deluxe Edition owners will be able to unlock a Zero Year Batsuit skin in addition to all the outfits in the game. The game will cost $20 on the PSN, Xbox Live, Nintendo eShop and Steam digital platforms.