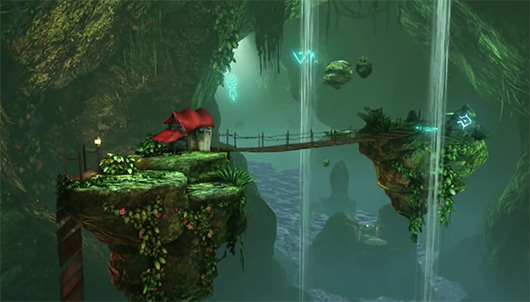 Though exceedingly common in video games, blood and guts are not a necessary component of good design – an oft-forgotten point that developer Gone North Games hopes to demonstrate with its upcoming indie platformer A Story About My Uncle.

Officially described as a “non-violent first-person platform adventure game built in the Unreal Engine,” A Story About My Uncle tells the tale of a boy searching for his lost uncle, only instead of finding him down at the pub or watching a baseball game, our protagonist somehow stumbles upon a fantastic world. We urge you to watch the trailer above, as it reiterates all those plot points we just mentioned but does so with the aid of attractive, intriguing visuals.

Originally conceived as a university project, A Story About My Uncle was nominated for a Swedish game of the year award in 2012. That success drew the attention of Coffee Stain Studios – the people responsible for the baffling yet mesmerizing Goat Simulator – which now plans to publish A Story About My Uncle on Steam at some point in 2014.