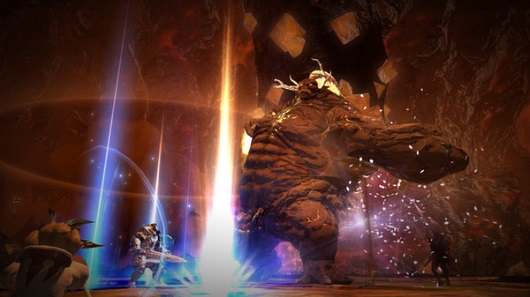 Final Fantasy 14: A Realm Reborn is newly available on the realm of Steam, and the MMO is going for half-price at $15/£10/12.49 euros until February 25. That discount also applies to the Collector’s Edition, which adds various in-game bonuses; it’s reduced to $25/£17.49/20 euros. As with all versions, new accounts receive a 30 day trial of free game time.

The second edition of Square Enix’s flagship MMO (re)launched on Windows PC and PS3 in August 2013, and went on to accumulate more than 1.5 million registered accounts within two months. Expect those figures to rise considerably when it comes to the PS4 on April 11 on the back of two beta phases, the first of those launching alongside the system’s arrival in Japan on Friday, February 22.