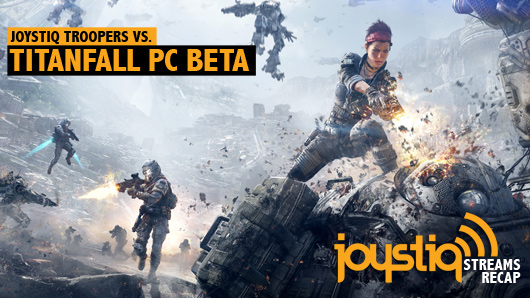 Into the valley of death rode the 600! Actually just the six. Titanfall is still a few weeks away from release but the Joystiq Troopers are amongst the many honing their skills in the Xbox One and PC betas currently underway.

These brave souls will take to their Titans at 4PM EST on the Joystiq Twitch channel. Come watch and chat with us then.

Grow your own crew in FTL: Advanced Edition’s Clone Bay