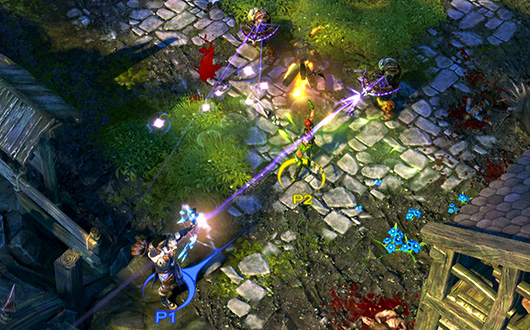 The hack and slash role-playing action of the Sacred franchise returns this summer with the latest entry in the series, Sacred 3.

According to developer Deep Silver, Sacred 3 has been designed with an eye toward co-operative play, both online and off. This allows the game to attract new players who may be on the fence about yet another action-roleplaying game without “compromising the rich lore and fantasy of the Sacred universe.”

Sacred 3 sees the return of the Seraphim, Khukuhru, Safiri and Ancarian character classes alongside the debut of the Malakhim. As in all Sacred entries, each character class offers a unique swath of skills and special abilities that can be customized to suit an individual’s playing style.

So far no firm release date has been revealed for Sacred 3, but to keep us occupied in the meantime, Deep Silver has served up the introductory trailer you see above.

How social slaying works in Diablo 3: Reaper of Souls

Flappy Bird meets Minecraft: the inevitable made into a gif